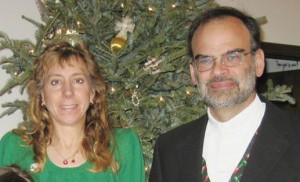 Rev. Andrew Byars was born and raised in New Orleans, LA. He received his B.S. in Forestry at LSU in Baton Rouge.  While studying for his M.S. in Forestry at Auburn University (Alabama), Andrew sensed the call to become a pastor, which was confirmed by many at the LCMS church he attended. He graduated from Concordia Seminary, St. Louis, in 1990.

Andrew has served congregations in Oklahoma, Arizona, New Mexico and Texas. Along the way, he has received specialized conflict resolution training and has been a circuit counselor. He has served several small mission starts and has done interim pastorates at two congregations. He served a long-term senior pastorate at Shepherd of the Hills, Prescott, AZ.

Marie was raised in Gallup, NM. She has a B.A. in Biblical Languages and an M.A. in Systematic Theology from Concordia Seminary St. Louis, having once planned to be a Lutheran Bible Translator. She also has a blue collar background, including her time as an enlisted person in the Active Army, Navy Reserves, and Army Reserves, from which she retired. She is now a social work counselor. Her side career is music: organ, piano, euphonium (low brass), and vocal.

Their daughter, age 13 (8th grade) was born in Phoenix.  Her great passion, love and talent is art. She is also an honor student and an avid reader.  She has also been studying beginning German at home. is thoughtful, caring, and prayerful.  She is strongly considering an adult career in advertising/marketing.

Their son, age 9-1/2 (4th grade) was born in Prescott.  He is a budding Bible scholar and also loves DC superhero characters.  He also shows some promise in languages.  He is looking forward to once again studying Spanish in school, which he has been attempting to do at home. Both children are considering starting in track. 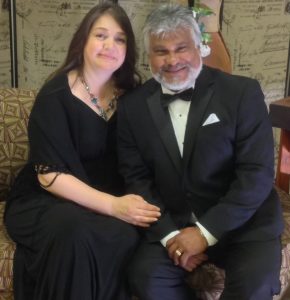 “Serving Christ as married and as individuals is the most wonderful experience that we have to live.”

Pastor, Ramón Cabrales is a graduate of the Hispanic Studies Center of the Concordia Seminary in San Luis Missouri. He is currently an Associate Pastor at Apostles Lutheran Church in Peoria, AZ.

With an experience of almost 38 years in the pastoral ministry, since he was very young as a Pastor in Mexico City, he has dedicated himself to helping his community in the areas of Marriage and Family.

His multifaceted ministry has allowed him to participate actively, not only as Pastor but also as Speaker, Teacher, Counselor, Chaplain, Musician and Singer. Some of his talks and preaching have been recorded and disseminated in various places. As a singer he left his voice recorded in 10 recordings. Here are some of them: Through the Times, So It Will Be, There You Are, Pastor of My Soul, Memories, He Is Jehovah, On This Rock, My “Boleros” Of Old, Romantically For You, among Others.

Maria Del Carmen Cabrales is also a graduate of the Hispanic Studies Center of San Luis, Missouri.  She is certified as a Deaconess by the Lutheran Church of Missouri Synod, and is currently an Official Deaconess at Apostles Lutheran Church of Peoria, AZ.  She is one of the Four Deaconesses of the Southwest District.

She has developed a ministry as a Teacher, Children’s Director, Speaker and has a special grace from God to develop the Manual Arts.  Both are from Mexico, Bilingual and settled for many years in the United States.

For our Friday Night 7PM Hispanic Service there will be a live Facebook Recording, please join us.

Holy communion is celebrated on the first, third and fifth Sundays of the month.